Let's take a look at our favorite crime shows from the 1980s.


Michael Mann also created "Miami Vice" and although it was more popular, "Crime Story" proved to reflect the more ambitious sensibilities of Mann. The show was set in Chicago in 1963 and followed Mike Torello, a detective played by the late Dennis Farina. He tries to take down Ray Luca, a mobster played by Anthony Denison. The show starts in the dirty streets of Chicago and evolves to Torello’s pursuits into the deserts of Las Vegas. Many big-name guests also made appearances in the show including Gary Sinise, Christian Slater, Kevin Spacey, David Hyde Pierce, Lili Taylor, David Caruso, Ving Rhames, and even Julia Roberts 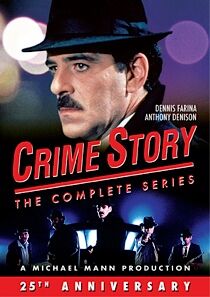