A studio revolutionary, guitar orchestrator and riff master, Jimmy Page is one of rock music’s ultimate legends. Page’s body of work with Led Zeppelin and the Yardbirds shows a Jimi Hendrix-like wild abandonment side of Page, as well as the grit and passion of an experienced bluesman with the sensitivity of a folk musician.

Page has a wide array of influences from guitarists like Buddy Guy, Hubert Sumlin, and Otis Rush, as well as Cliff Gallup and Scotty Moore. The combination of these influences mixed in with an interest with the occult painted a landscape with all Led Zeppelin’s songs. Songs with Page’s famous echo effects on tracks like “You Shook Me” and “How Many More Times” as well as his out of the ordinary tunings in “Bron-Y-Aur Stomp” and “Friends” and dabbling in a violin bow with songs like “Dazed and Confused” yielded unparalleled sounds at the time.

In 1980, Led Zeppelin disbanded after drummer John Bonham’s death. They reunited a few times after, most recently being in 2007 for a tribute to Ahmet Ertegun, who helped launch their career. Page still goes strong and he’s been working on new projects to this day. 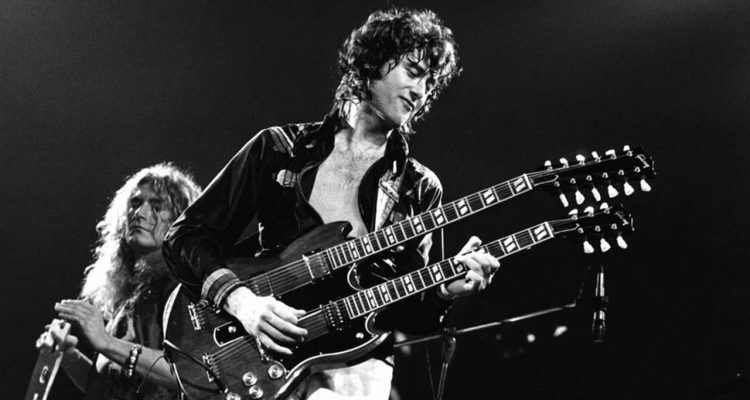