The Early Life of Tom Jones

The British Invasion brought with it one of the most iconic vocalists the world has ever heard. The Welsh singer, Tom Jones, born “Thomas Jones Woodward” (Dec. 7th, 1949) in Pontypridd Wales had a charismatic musical persona and began his music career at an early age. His astounding versatility, full-throated baritone vocals, and raw sex appeal had the singer appearing in nearly every genre of popular music.

Later on, Tom Jones would join the Senators at 23 years old and would adopt the stage name “Tommy Scott.” He would later change his name to “Tom Jones” once he went solo the next year. In 1964, Jones, along with his singer friend-turned manager Gordon Mills would sign with Decca Records.

“It’s Not Unusual” would become Jones’ first hit single in 1965, and he was soon a worldwide celebrity given his sex appeal. He was the pre-eminent singer of his era and in the late 60s would go on to record a number of LPs. In both the United States and Europe, all were in the top ten charts.

The energy and confidence Jones drew packed halls. His recording success and performances kept growing, which resulted in TV and film appearances. Jones has over 100 million sold worldwide as of 2014.

For his extraordinary contributions to music, in 2006, Tom Jones was knighted by Queen Elizabeth II. Overall, Jones won two Brit Awards, an MTV Video Music Award in 1989, and a Grammy for Best New Artist in 1966.

In 1957, Tom Jones went on to marry Melinda Trenchard, his high school sweetheart, and girlfriend. The couple stayed married and have one son together, Mark Woodward. 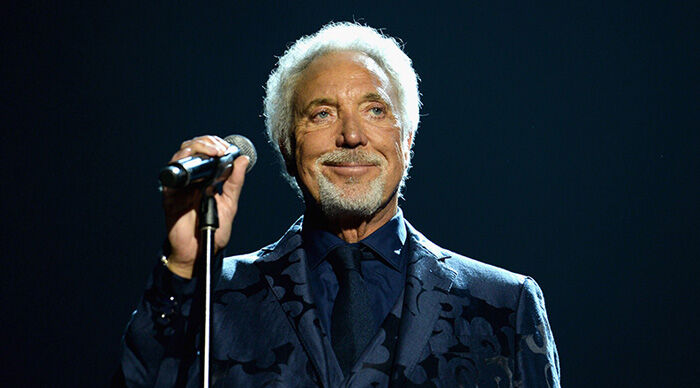